If you come across someone who says “Merry Christmas” to you today, Sept. 11, rest assured that this person isn’t celebrating the deadliest terrorist attack on American soil in our history.

Years before 9/11 became synonymous with terror and mourning, followers of The Way International celebrated it as Jesus’ actual birthday.

The Way’s founder, Victor Paul Wierwille, outlined his reasoning in his 1982 book Jesus Christ Our Promised Seed, available on Amazon.com for a price so ridiculously high (as of this writing) that the only recommendation I have is to respond with laughter.

Now, a quick Google search will reveal that other groups have come to the same conclusion, so I’m not going to examine their sources to try to trace them back to Wierwille. Besides, it’s probably easier to trace them to Wierwille’s source, Ernest L. Martin, whose book is far more ridiculously priced on Amazon. Martin was part of a different cult, The Worldwide Church of God, before that group went mainstream.

Martin’s book, The Birth of Christ Recalculated, was published in 1980, and Wierwille cites him as a source. This was a new thing for Wierwille, as his previous books lifted passages from other sources wholesale without attribution. It helps to understand that Jesus Christ Our Promised Seed was written by a committee under Wierwille’s supervision, with Wierwille taking credit and responsibility for the contents. The contributors to Wierwille’s book were scrupulous in adhering to publishing standards regarding plagiarism in a way that Wierwille previously had not been.

END_OF_DOCUMENT_TOKEN_TO_BE_REPLACED

Not long after I became an atheist, a couple of family members attempted to talk me back into the fold of Christianity. Both were rude about it (and naturally accused me of being rude about it). But one of them was more interesting than the other. I’ll call my cousin “John” for the sake of this post.

John was deeply troubled by my deconversion. Honestly, I think he took it as a personal insult. And for some reason, he seemed to believe that my former faith was evidence of the veracity of Christianity. “Oh yeah, well you used to believe in God and Christ!” I mean, so what? That’s what happens when you change — you no longer believe the things you used to believe. What does that prove? 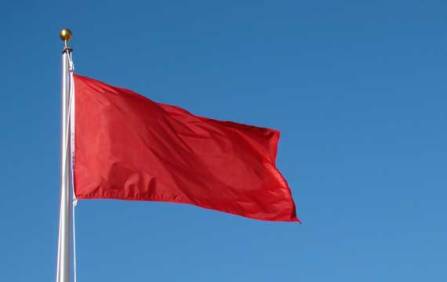 But John was interesting for another reason. He and one of his faith-brothers, let’s call him Jack, bombarded me with arguments about why I’m wrong. And it wasn’t until they did that I noticed something others probably noticed about me during my days with The Way International and its offshoots. John and Jack are in a cult, and they don’t even know it.

Now, I’ll be the first to admit that “cult” is a loaded word that means different things to different people. I’ve seen some fun definitions.

There are others, usually concocted by cults to deflect the “cult” label. For this post, I’m going to use this broad definition, recognizing that others may apply: A cult is a sect of a larger religion with unusual doctrinal interpretations considered heretical by the larger group. These doctrinal differences, in the cult’s view, make them better than the larger religion and are signs that the larger religion has been corrupted.

END_OF_DOCUMENT_TOKEN_TO_BE_REPLACED

I am the last person to call myself an expert on the Watchtower Bible and Tract Society (the legal name of the organization better known as Jehovah’s Witnesses. You know, like the Church of Jesus Christ of Latter Day Saints is the legal name for the Mormons).

But I do remember bits and pieces of growing up under the organization’s thumb in the 1970s. I have no memories of 1975 being a particularly significant year, although I later learned it was their last prediction for when the world would end and the New System of Things would be upon us. 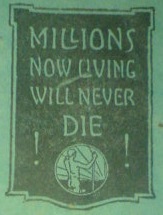 It’s a little more complicated than that, of course, and the Society will tell you that they never really taught the world would end in 1975. Don’t buy that. They did. But 1975 was just the last in a long line of predictions about the end of the world that would prove false.

In fact, if you ever received a copy of Awake! magazine during that time, you might have noticed their proclamation in every issue. “This magazine builds confidence in the Creator’s promise of a peaceful and secure new world before the generation that saw the events of 1914 pass away.”

You’ll find that promise in your Bible if you turn to … the Watchtower Bible and Tract Society. You won’t find it in your actual Bible. Or anyone else’s. Not even theirs.

In the 1920s, Watchtower leader Joseph “Judge” Rutherford began teaching “millions now living will never die.” There are maybe dozens of people alive who may have heard him teach that. There was even a book by that title that they published in 1925. It’s, um, no longer in print. At least, not by the Watchtower Bible and Tract Society.

END_OF_DOCUMENT_TOKEN_TO_BE_REPLACED

I was born into a family of Jehovah’s Witnesses, and it never occurred to me to be anything else. As a child, I never considered “other religions,” and never fully realized that people held different views about God, Jesus, right and wrong. By the time I first heard the claim that the Jehovah’s Witnesses were a cult, I was no longer an active “member.”

I already need to clarify. In the Jehovah’s Witnesses, you’re not really considered to be a member until you are baptized. For those born into it, this typically happens at a young age. The age is not fixed, but 12 or 13 is common. The child needs to be old enough to make a conscious and responsible decision to accept the faith.

I was never baptized. When I was 12 years old, my parents separated and later divorced. Divorce is forbidden in the Watchtower Society, so there was too much cognitive dissonance for my parents to continue taking me to the Jehovah’s Witness churches (known as Kingdom Halls). 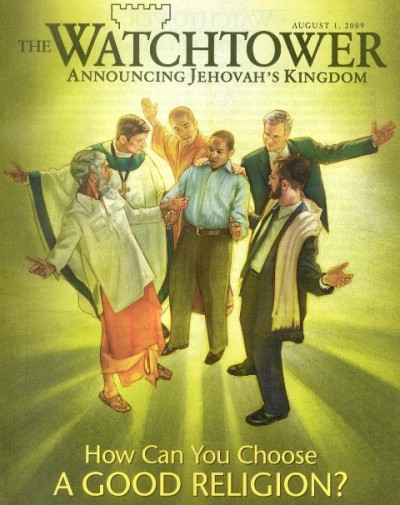 This is not to say I was not a Jehovah’s Witness. I was, in a very real but childlike sense. I believed it was the truth. I shared my faith with my friends (in a matter-of-fact, often arrogant and condescending way). When my friends asked why I never said the Pledge of Allegiance in class, my answer was that I was a Christian. When they said they were Christians, too, my response was that they were false Christians, while I was a true Christian. It never occurred to me, in my innocence, that I was deeply insulting them. It was just the way things were.

I didn’t celebrate my birthday and I didn’t miss it. I received Christmas gifts from family members who defied my parents, but we never gave any. I never recited the Pledge of Allegiance (once I knew it was “wrong”). I was one of them. Sort of. I never knocked on doors because that was an activity for the baptized, and I never made it that far.

I never went back.